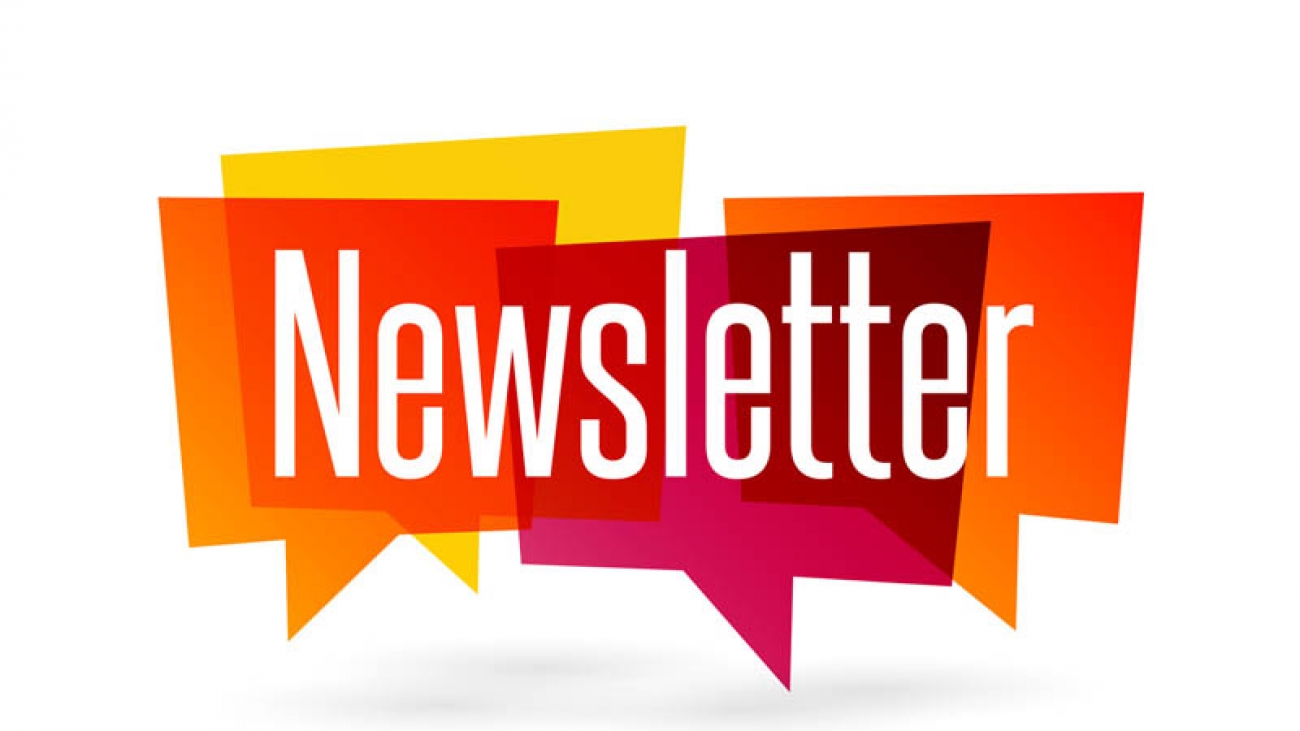 Want to stay up to date with all the latest and coolest news from the SSU? 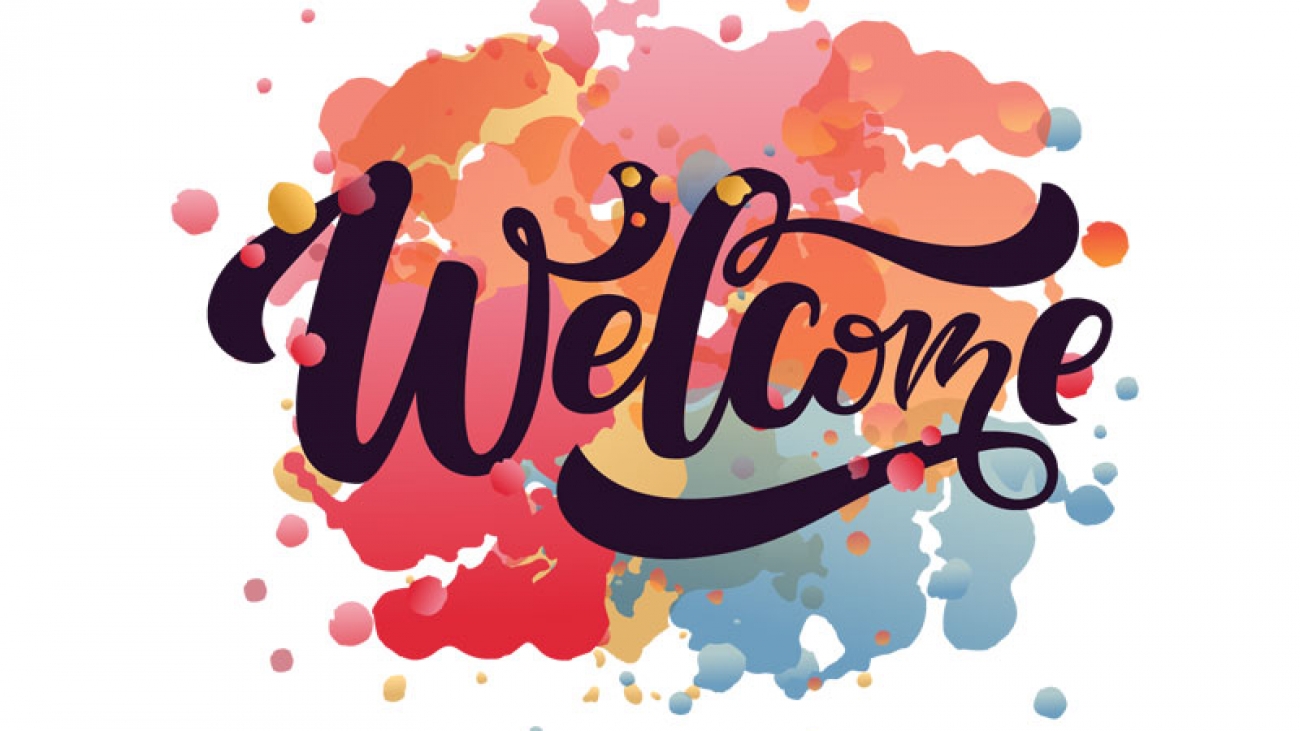 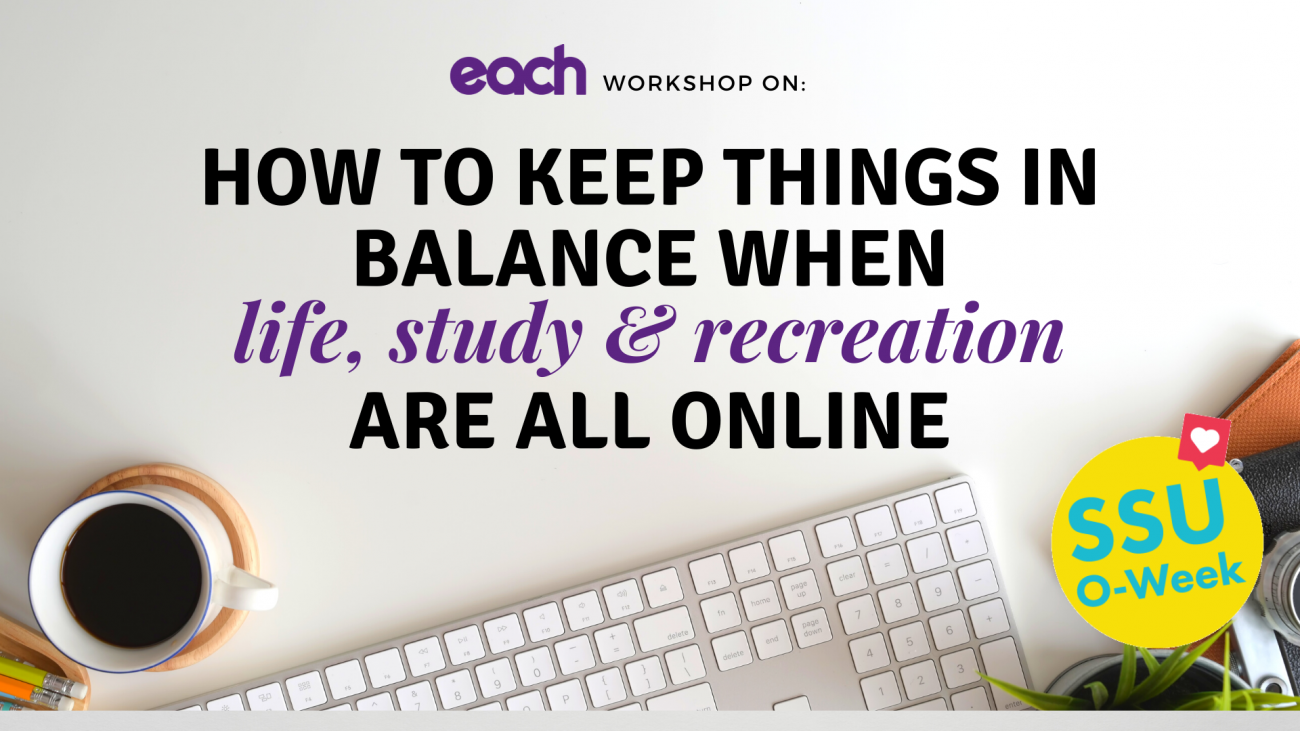 SSU O-Week Keeping Things In Balance with EACH

If you tuned in for our O-Week session with EACH please see below for the support services mentioned. 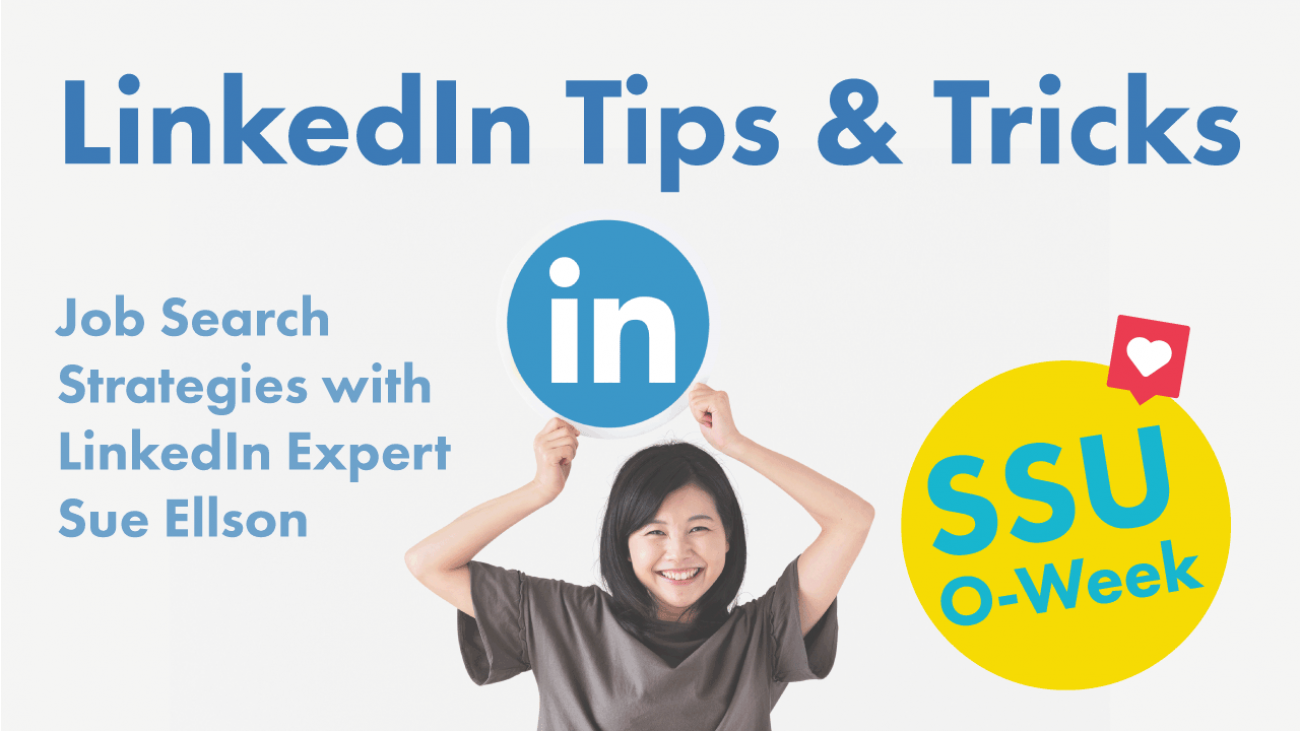 We have the workshop recording and session notes for anyone who missed the live workshop, or who came along but would like a refresher. Thanks again to Sue for your amazing work!

If you are a fan of mindfulness colouring, or simply want to tap in to your creative side, download one of our free colouring sheet templates for your chance to win! Send us a picture of your finished masterpiece: DM us on Facebook, email us (accessibility@ssu.org.au) or tag us, and a Typo gift voucher could be headed your way…

All entries will be proudly displayed on our Facebook Page, with two prizes up for grabs. Crowd Pleaser (voted on by you), and SSU Stand Out (the one that the SSU feels deserves pride of place on the Hammer & Swine fridge)!

Entry Restrictions: Entry is only available to current students of Swinburne University (as at 23.07.2020)

Up to 3 entries per person 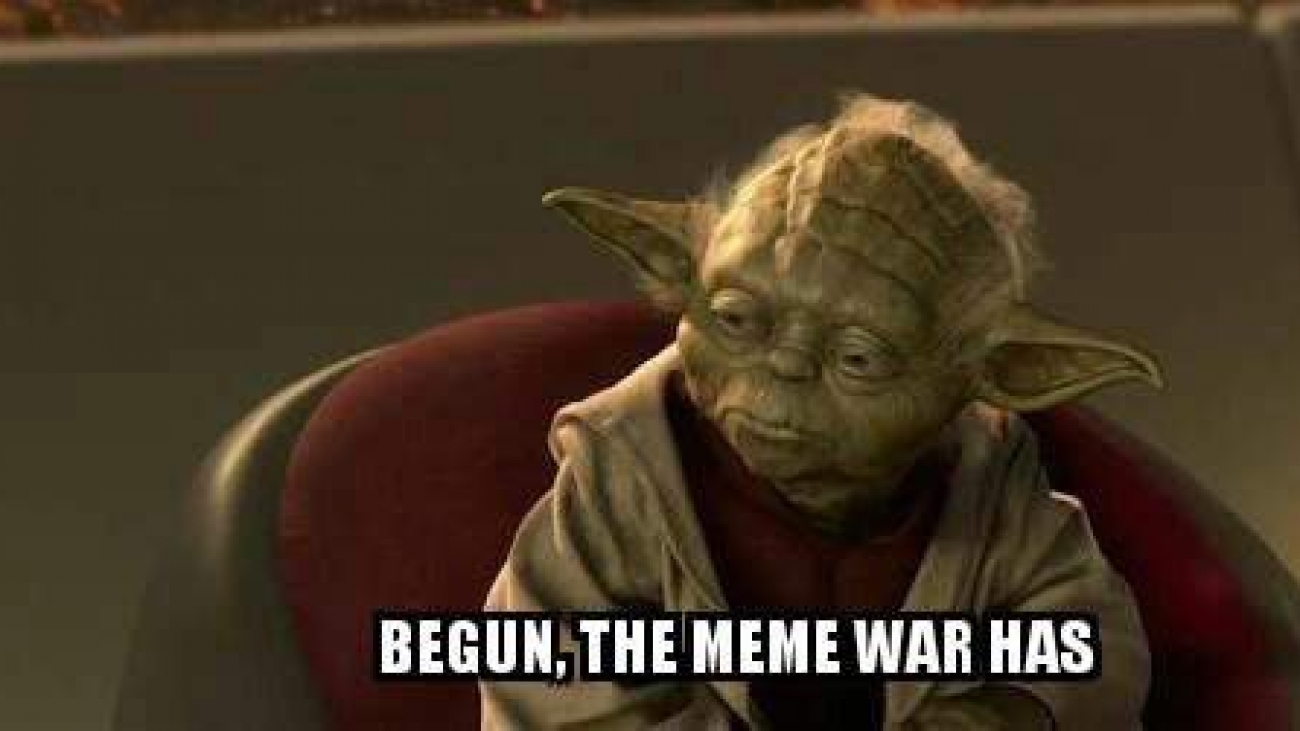 We need your meme expertise! Create and submit a Swinburne related meme which will battle against other submissions in a Facebook meme wars showdown. The winner will be awarded a top prize of $100 VISA Giftcard.

You can use any meme you like as a base, but the final result must be Swinburne related.

Click here to submit your meme and look below for an example of a Swinburne meme. 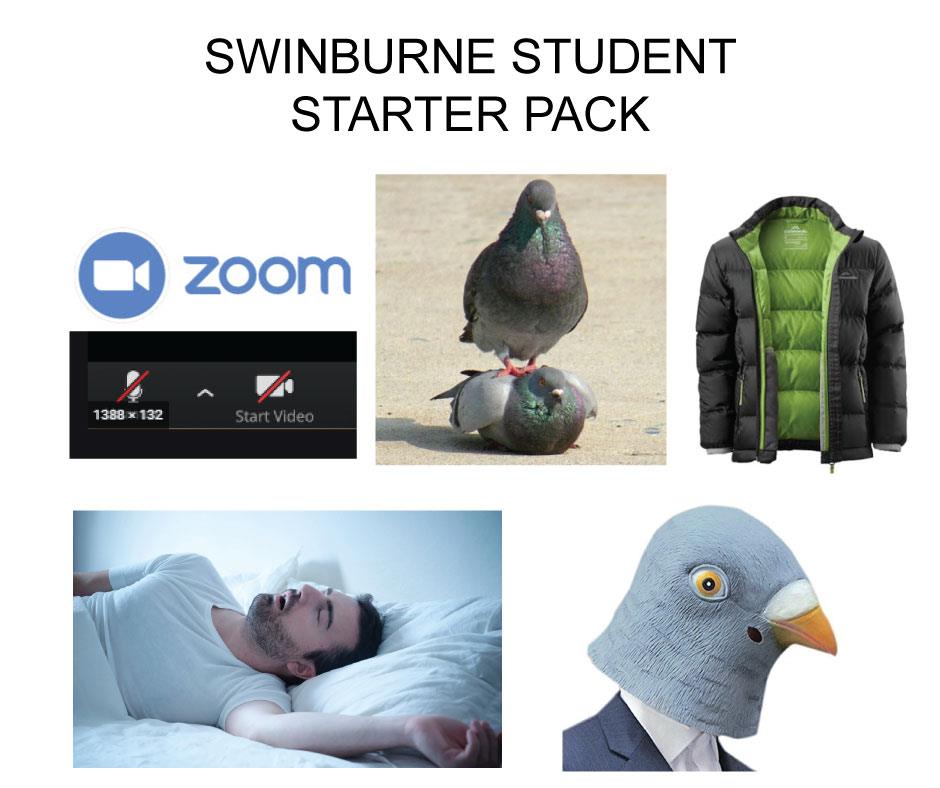 Entry Restrictions: Entry is only available to current students of Swinburne University (as at 30.06.2020)

Up to 3 entries per person

The entries will be judged through popular vote on our Facebook page.

SSU reserves the right to reject any meme which is considered discriminatory, or overly offensive. 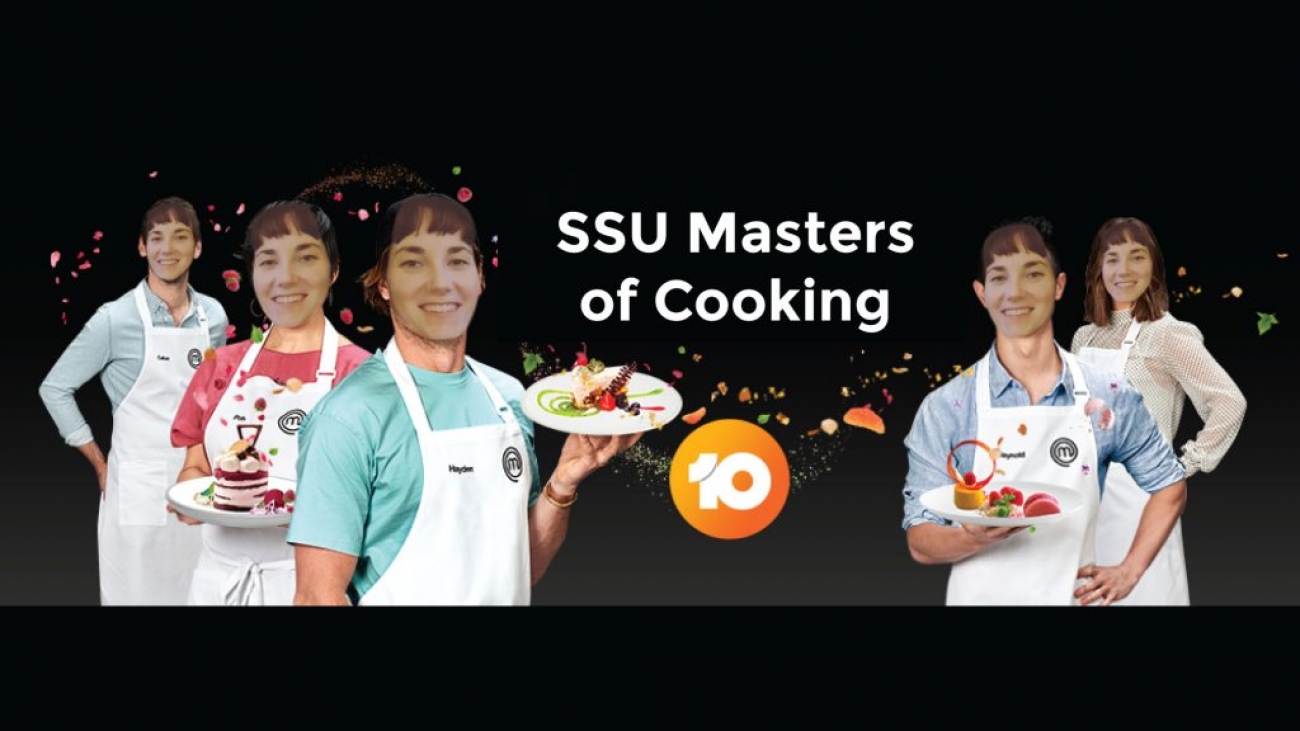 The SSU proudly presents ‘Masters in Cooking’ – a cooking competition from your home to ours. We want you to submit your favourite recipe for your chance to win!

Your recipe can be sweet, savoury, crazy or simple. The most exciting/delicious sounding recipes will be shortlisted, and our SSU Mediocre Chefs will then film themselves cooking your signature dish at home! Dishes will be judged based on taste, skill level required, and ability to cook in any kitchen.

There will be prizes in 3 categories:
1. Best Savoury Dish
2. Best Sweet Dish
3. Best ‘On a Budget’ Meal
And the best bit? ALL of the recipes submitted will be compiled in to an SSU cookbook for students! This is your chance to share your culinary masterpiece with the world.
Will you be the first SSU Master in Cooking?
How it will work:
1. Submit your name and recipe (including any pictures of the dish you’d like to show us) to letsgetcooked@ssu.org.au
* We will be compiling all submitted recipes in to a cook book that will be made available to students, and we’d love to reference who provided us with each recipe. If you do not wish to be named in the cookbook, please note this in your email.
You have until May 8th to submit your recipe.
2. Shortlisted recipes will be announced via our Facebook page on May 11th
3. Our Mediocre Chefs will start cooking! Keep an eye out for our SSU Chef Sessions as our highly trained and skilled judges try their hand at cooking your recipes at home. Each recipe will be reviewed and scored. Videos will be released May 18th.
4. Final judging will take place and a winner for each category will be announced on May 20th. Each winner will receive an online gift card. 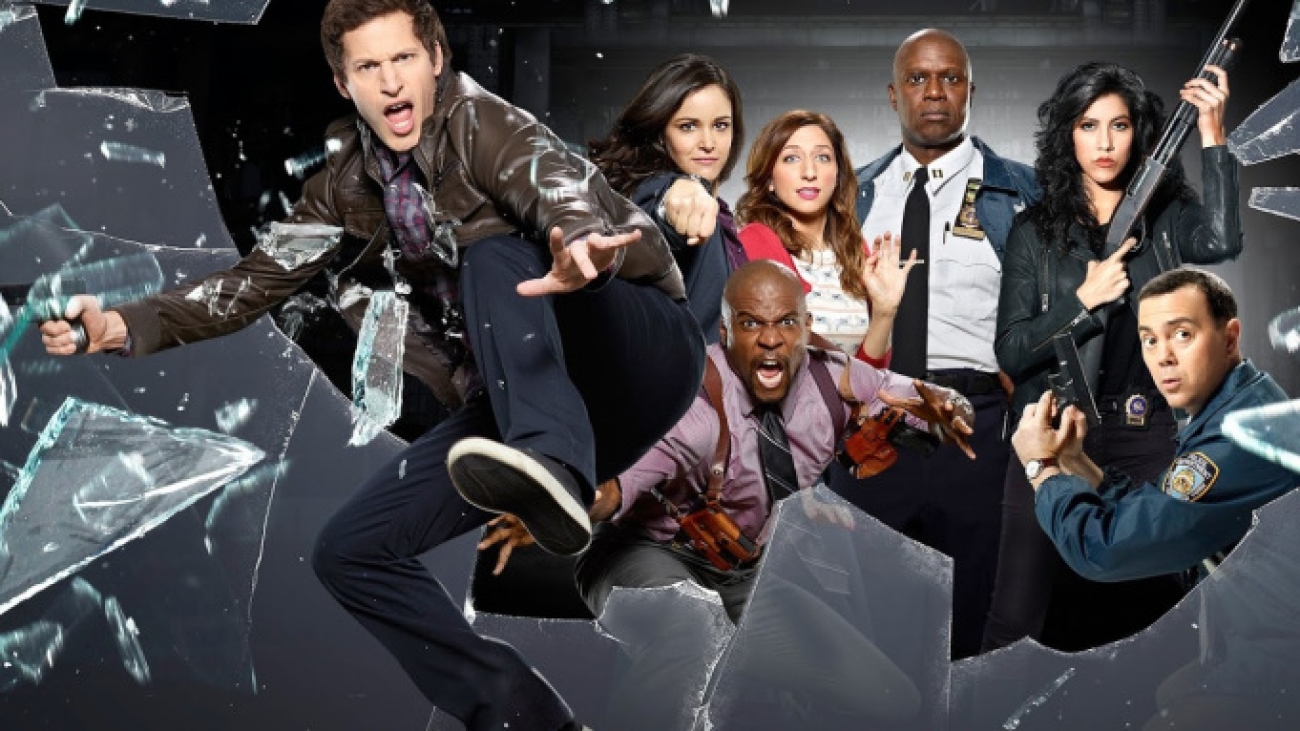 Thanks for joining in!

The SSU sat down for yet another Brooklyn Nine-Nine watch part viewing last night. Thanks to those who joined in and we hope you enjoyed.

Why watch parties?
You could watch a show without us getting involved right, so why join in?

The way we see it, whether you’re stuck at home alone or sharing a space with a bunch of besties – sometimes it’s just nice to have someone else to hang out with. Perhaps your love of all things Terry is not shared with your housemates. Maybe your roomies don’t appreciate your Gina‘tude. But we will. We’re here to share and here to care.

If you’re part of a student club and would like to host a watch party, get in touch with the SSU – we’d love to promote your event. The more the merrier!

Whips, Ships and Archaeological Trips…plus a bunch of other transportation devices, explosions and a few ancient relics.

Preparing ourselves for what’s to come

It was Friday night and we were feeling alright as we logged in for yet another Watch Party – this time, hosted by the History Society.

Me prepping my sick comments for the chat room

Tonight’s viewing? 1981 action adventure film, Indiana Jones: Raiders of the Lost Ark. As the first Instalment of the Indiana Jones franchise, this film was not about to settle for simply one adventure when you could have it all. Oh, and let’s make the first scene a sequel to the next Indiana Jones movie, that we release 3 YEARS AFTER THIS ONE. Because why not.

It’s a busy schedule for this whip cracking, college teaching, gruffly speaking archaeologist as the film moves from South America, on to the US, a quick pit stop in Nepal to set some stuff on fire and punch some Nazis, before finally ending up in Cairo.

Running away from my problems

So of course it was not long before the History Soc had placed in to effect some viewing games that let’s just say, were achieved more quickly than anyone had thought possible…

We were in for a bumpy ride

All in all, this film has adventure, high speed chases, explosions, fisticuffs, a half assed romance, snakes and more. It is action packed, and quickly shot to highest grossing film of 1981 for good reason. The History Society definitely took us on a history lesson of a sort with this one, with the added bonus of History Soc Leader Blaine throwing in some fun behind the scenes facts.

Cheers for the watch! 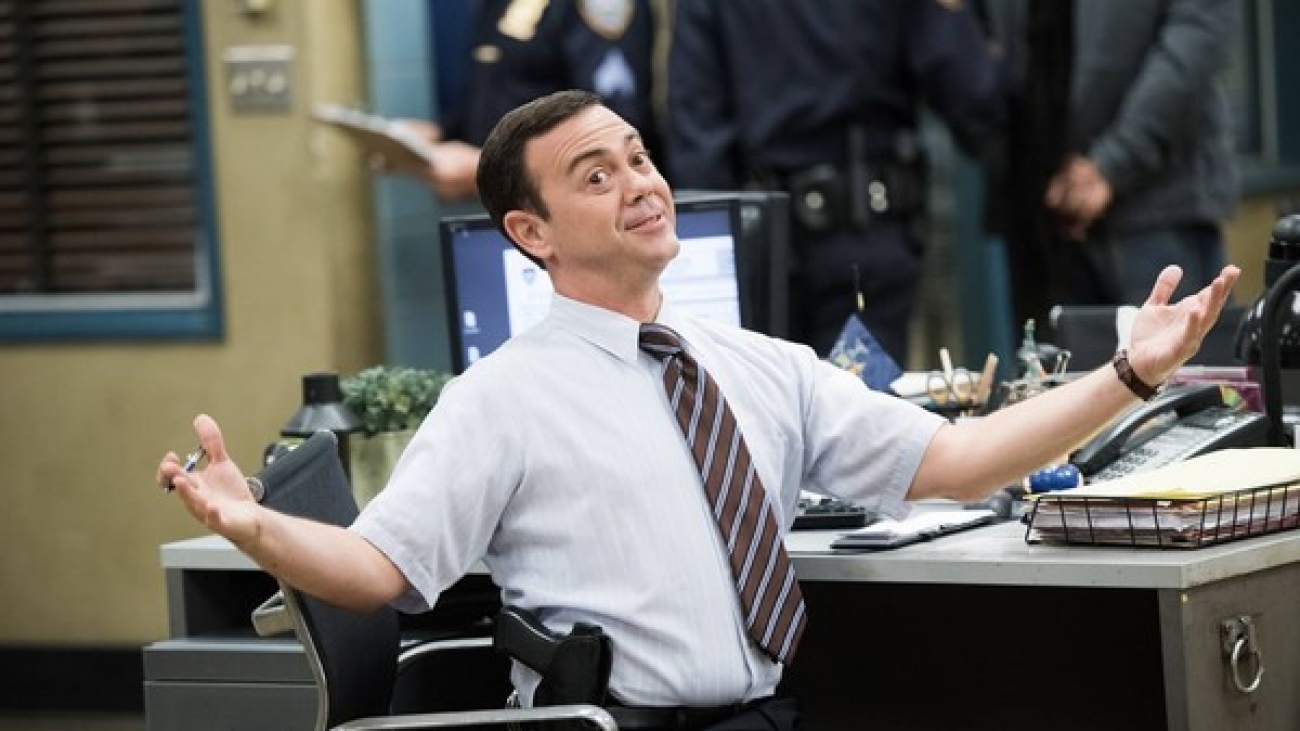 With 2 minute noodle dinner and whatever beverage could be found in the fridge in hand, a group of Swinburne students gathered for their first Netflix Watch Party. The mood was tense as your guest SSU host for the evening managed to leave the group entirely and start a new watch party, guest list: party of one…

Luckily, a number of brave participants made the journey across the cyber seas to find their clearly inadequate captain for the evening, and the viewing party was saved!

The Show? Brooklyn Nine-Nine. The Episode? A Halloween special of course. Nothing like a good heist to get conversation going on a Thursday night. The watch party group chat was rife with nine-nine quotes, debate over the best Halloween special, and talk of shady health product pyramid schemes.

At the end of the viewing, the decision was unanimous. Should a heist take place at Swinburne, our beloved Alex the Lion would be the target. Cheer up Alex – at least you got a mention. Overall, we had a great turn out of viewers for our first watch party and really appreciated the chat group banter. The SSU will be looking to run more of these events, so keep an eye out for future dates and opportunities to submit your viewing requests! 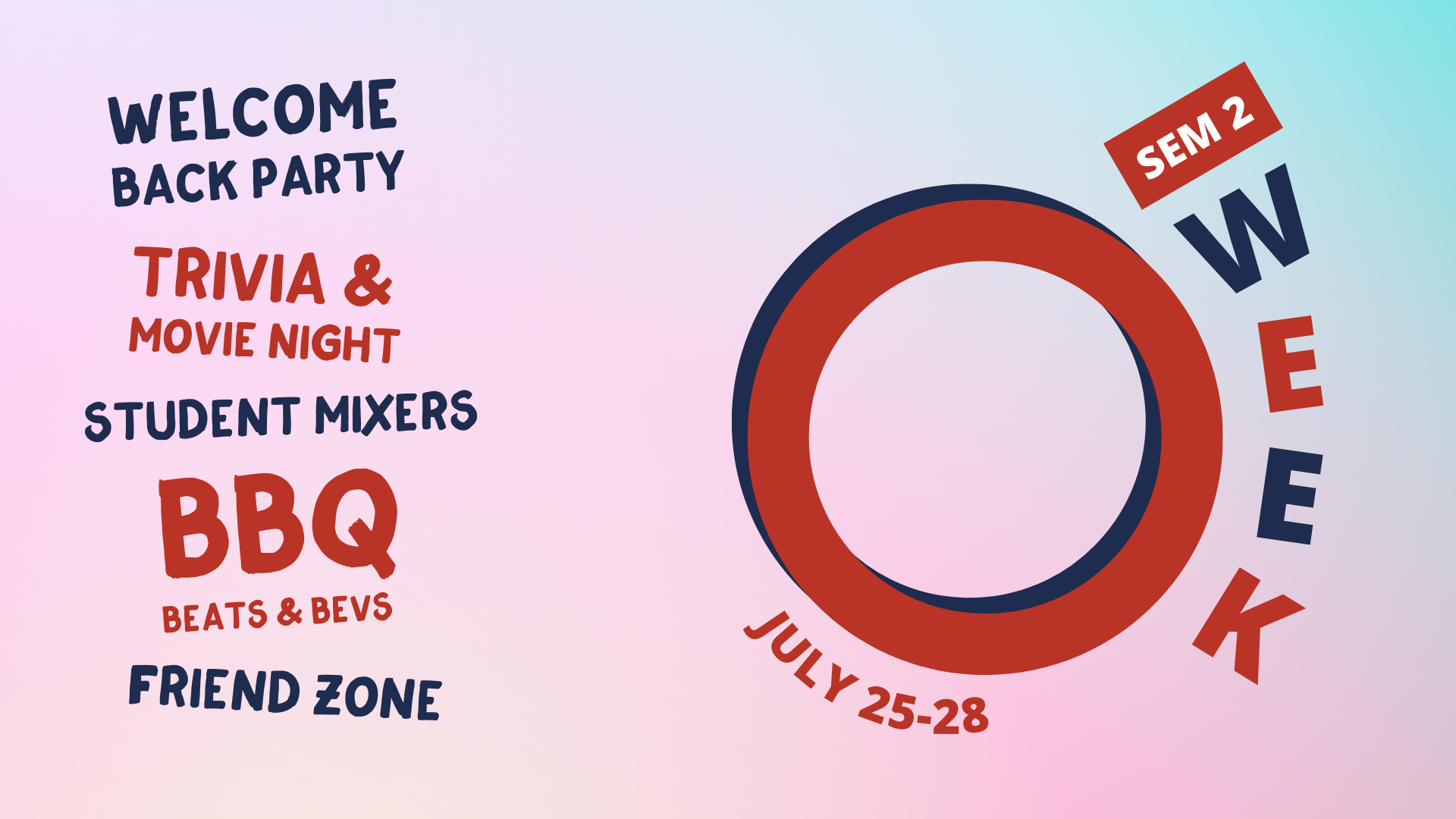 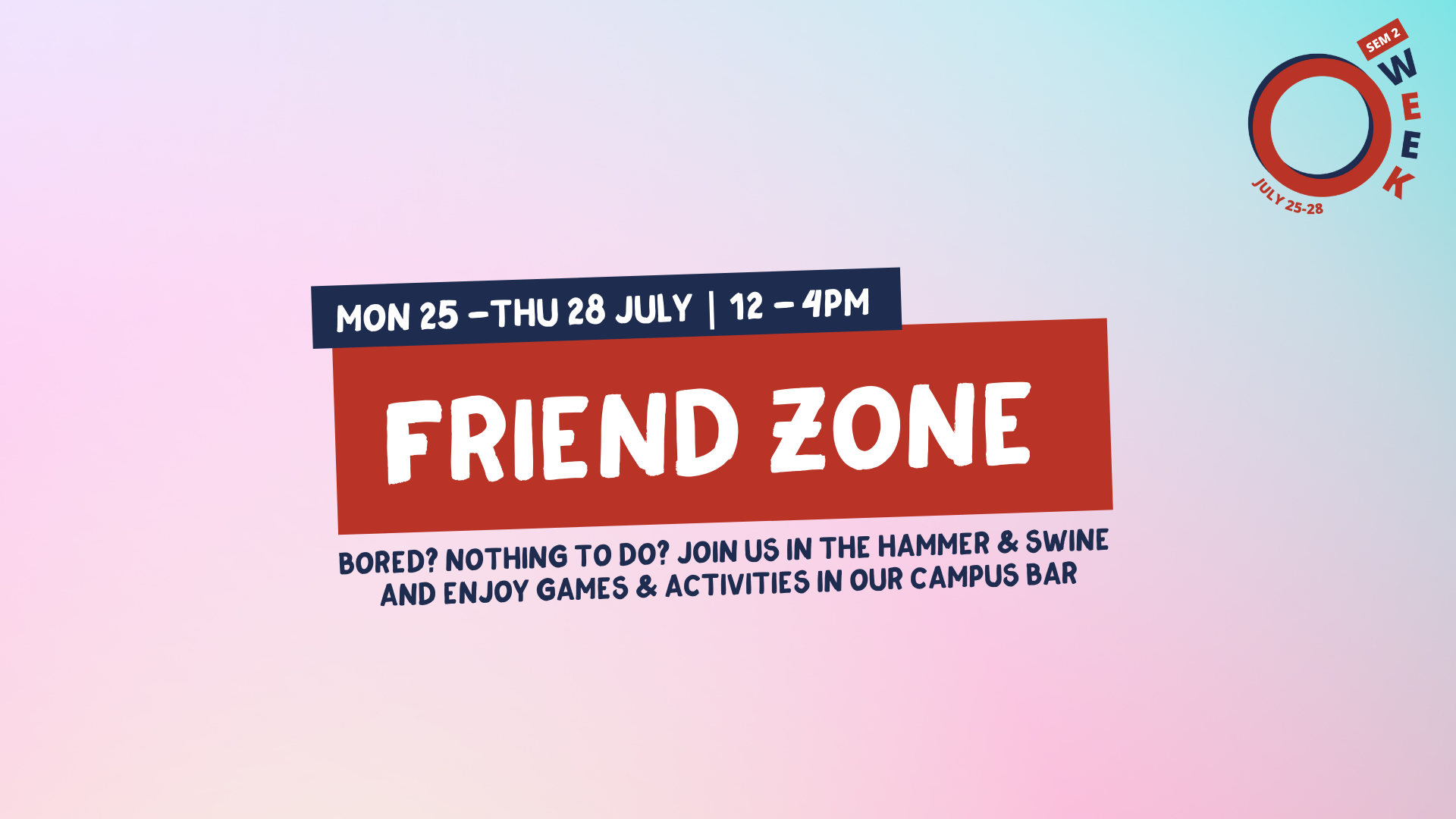 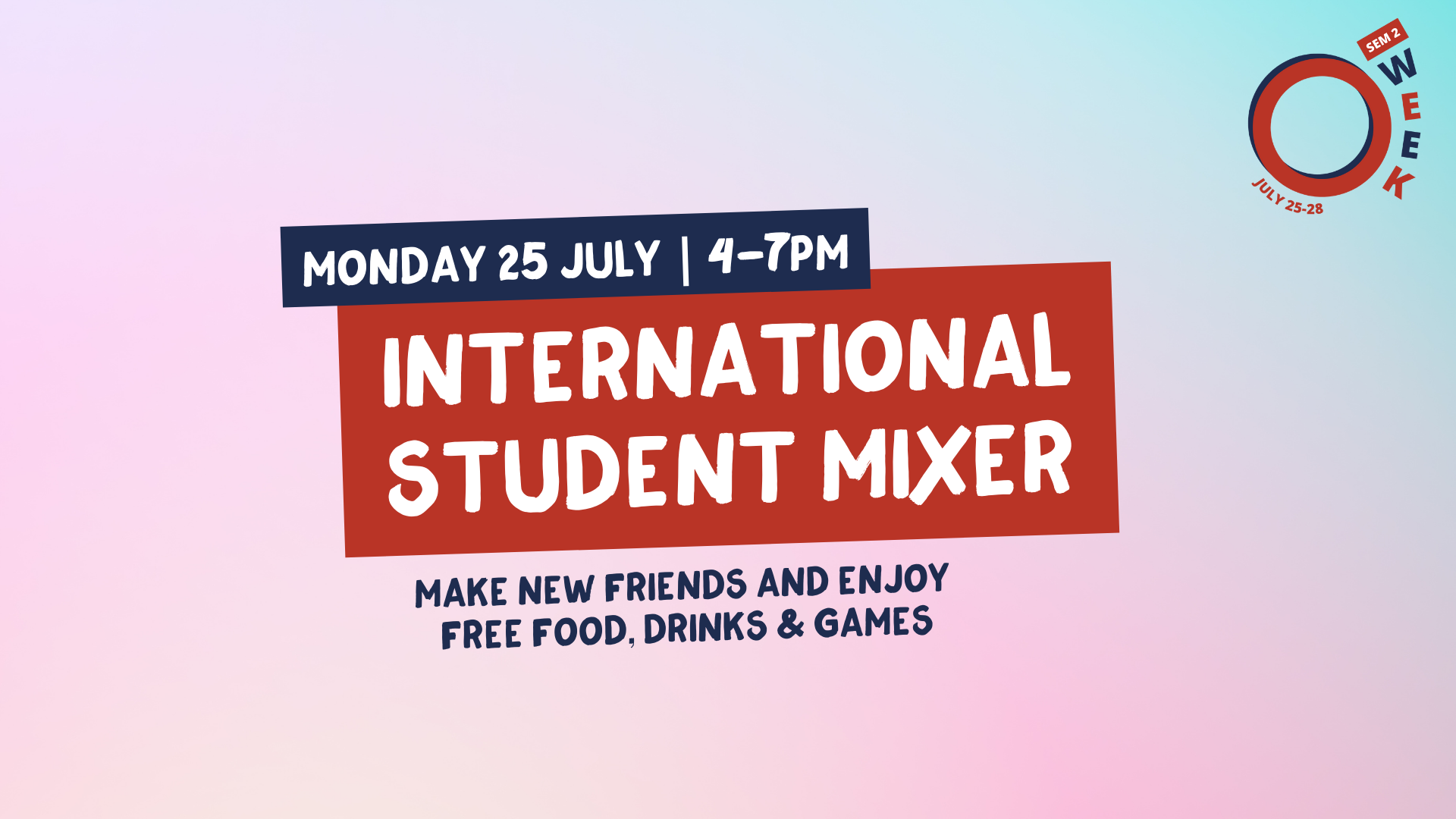 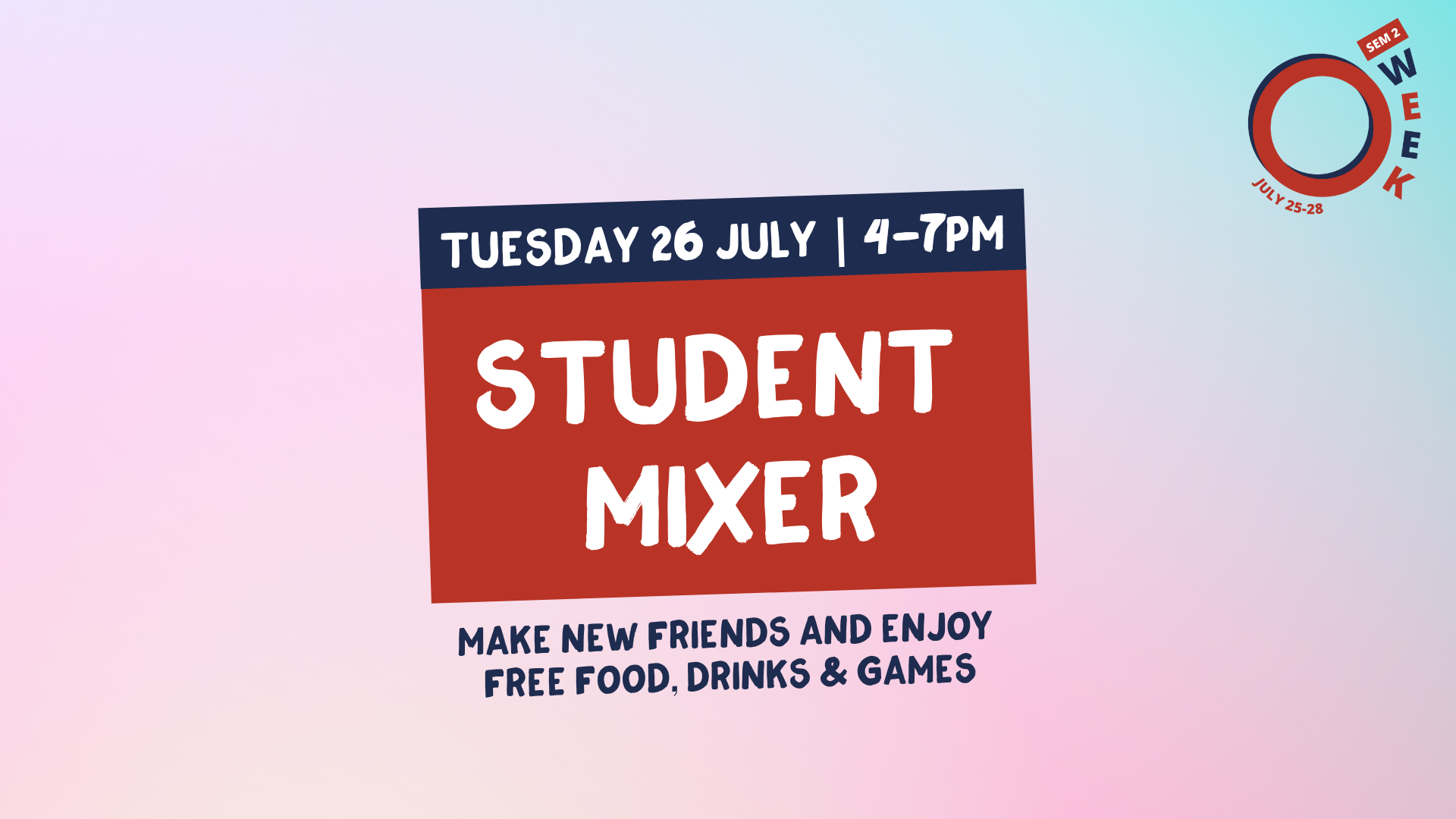 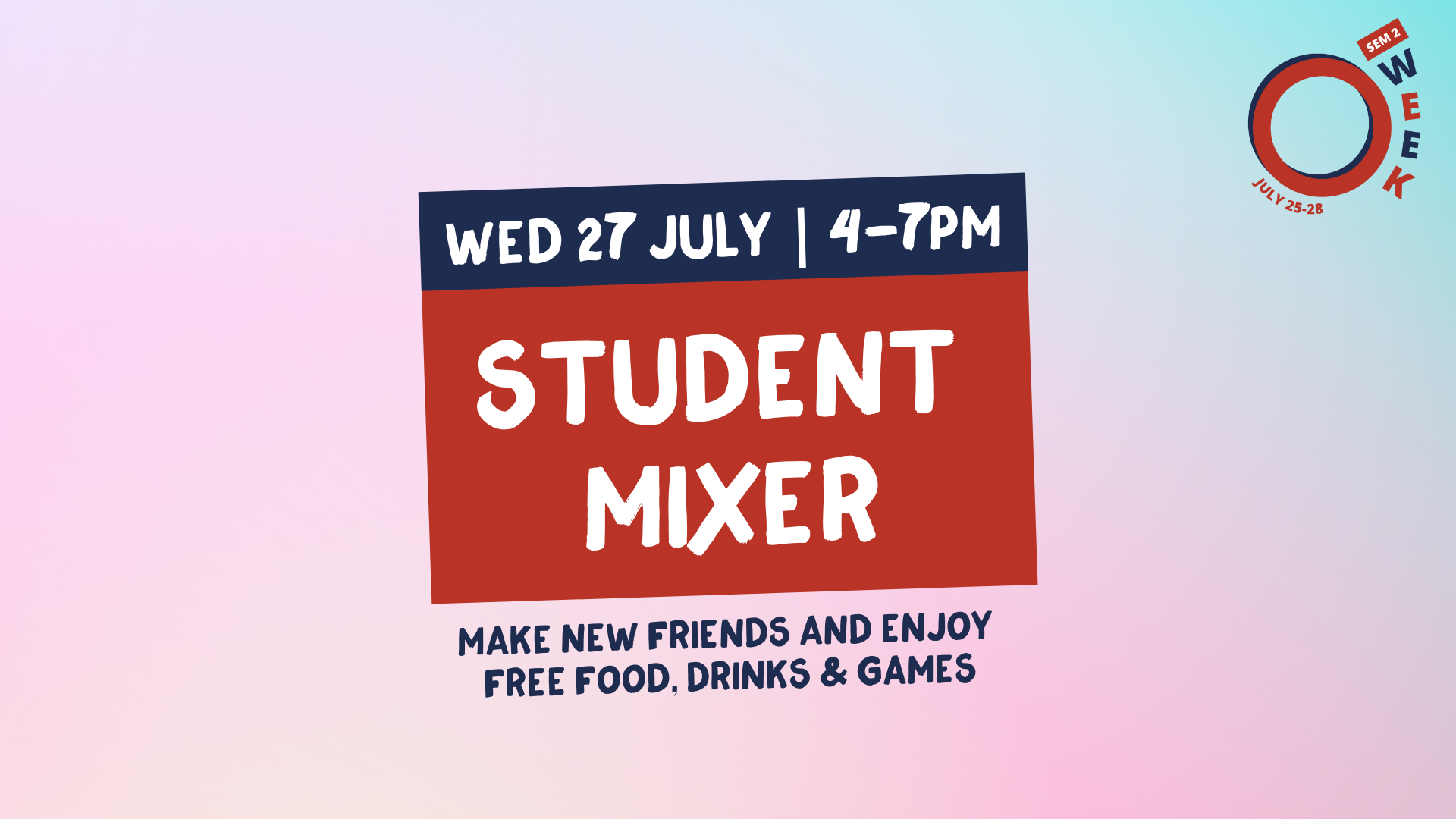